Hi! My name is Debbie Norman. I love God, my family, my country, my beautiful home state of West Virginia, reading, art, nature and photography. I have a physical disability but it does not have me. This is my nature journal of the world around me.

"I have traveled about all over America and I come home proud and happy, for I find beauty here, not barren deserts."

This blog is now located at:

Please visit there for all new posts.

Did you read that and think “Our?”

Well, if you did, that wasn’t a typo.  It was because this little guy feels like he’s “ours” because he seems to have claimed us.  For the longest time he was downright ornery about being photographed.  He would prance and prance about until I went to get the camera, then he would fly… every. single. time.

Now, we have apparently successfully “bought” his tolerance with enough sunflower seed, that he now allows photos.  Either that, or he now realizes my camera is not some predator about to eat him.  😉

Regardless, he now allows me to take his photo without flying off, most of the time. 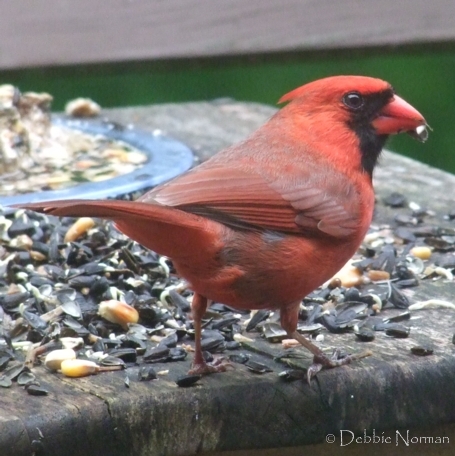 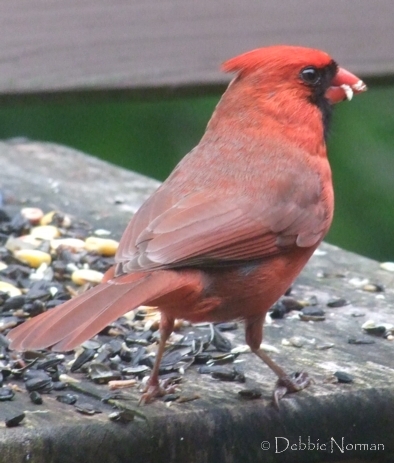 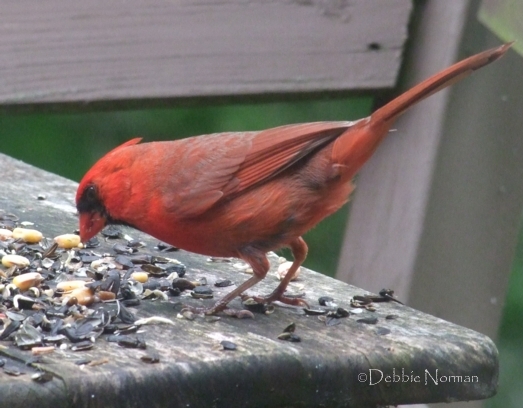 See him eyeballing me, while I take his photo.  LOL

He has quite a bit of attitude.  He likes to come and fuss loudly at our window if there isn’t any seed.

An Eastern Tent Caterpillar, walking across some Indian Strawberry plants: 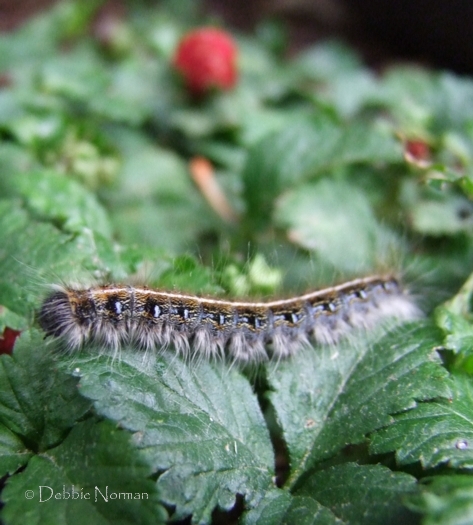 This little guy was not a very willing participant in my nature photography.

He kept moving the entire time. 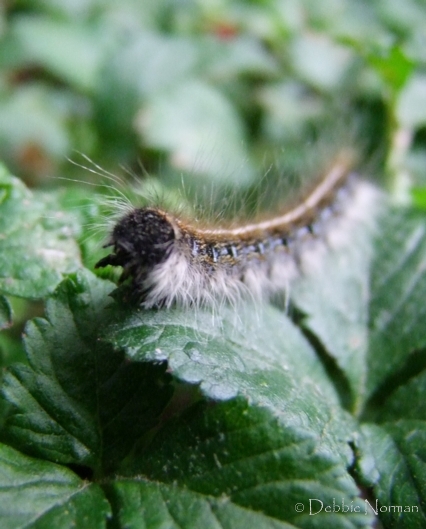 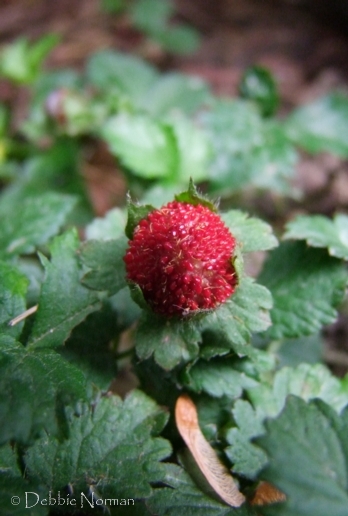 I have no idea what this is.  It was sitting on the outdoor table near my flowers.  Terribly low light conditions so the photos aren’t good.  If anyone knows what this is, let me know.  Thanks! 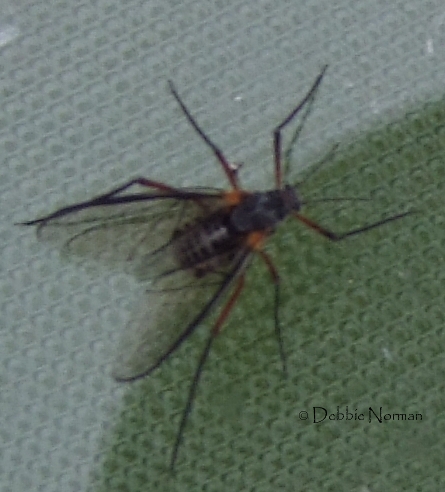 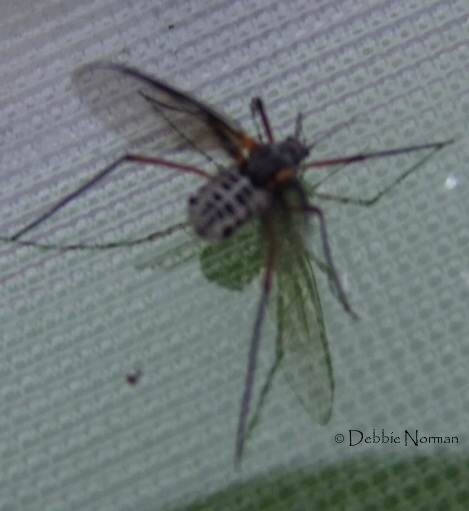 This is fairly common around here.  It is the Eastern Tent Caterpillar (Malacosoma Americanum). 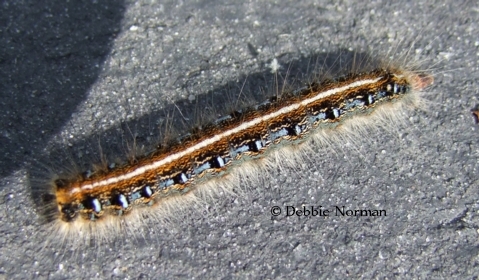 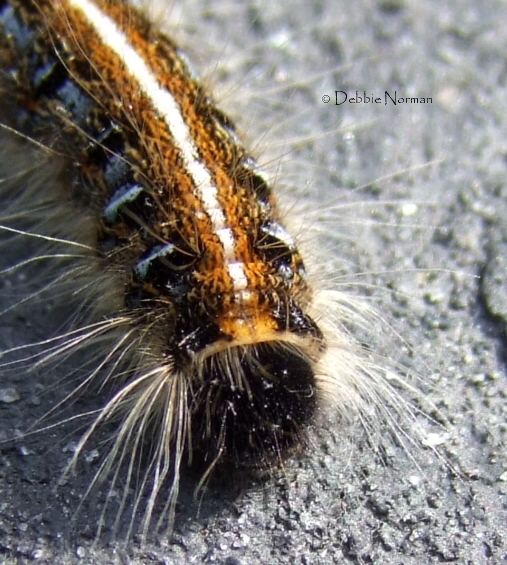 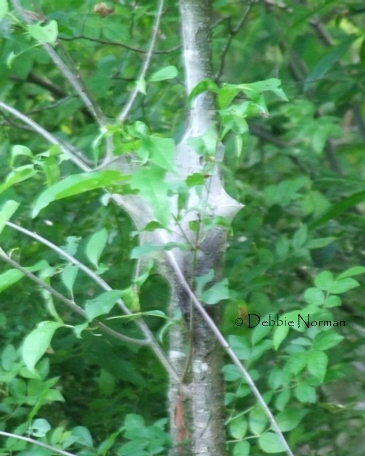 Click here for a link to a Wikipedia article on them if you would like to learn more.

I wasn’t the only one in the yard mothering on Mother’s Day.   😉

Our Eastern Bluebird pair that quickly took residence of the bird house the kids made, has been hard at work, coming and going.  But Momma Bluebird now appears to be sitting on eggs.  Daddy Bluebird is bringing her lots of food and she doesn’t leave the bird house very often.  Here she is peeking out, waiting for him to bring her another insect to eat. 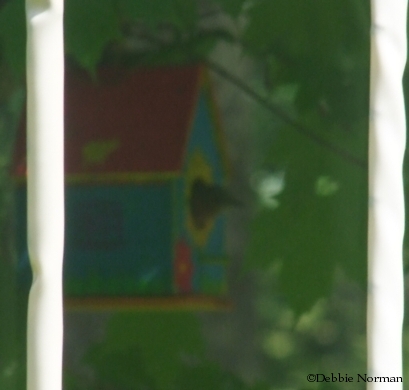 I have a ton of blurry photos like this of this family.  It’s nearly impossible to get a decent shot of them through older style double pane glass windows, and trying to shoot through the kid’s swing set to get a view.  lol!
But you get the idea.  She is now sitting on the nest.

I dubbed this “camo grasshopper” because it was so very well camouflaged.

Take a look.  Can you see him? 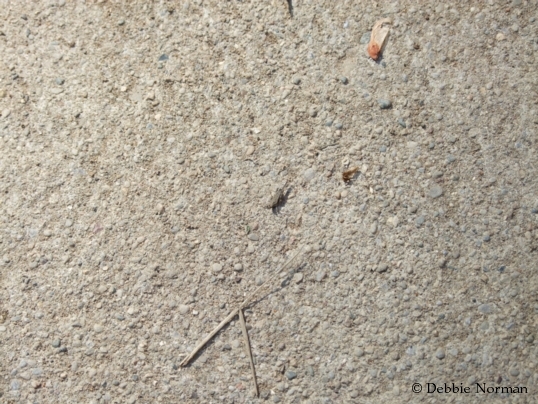 He is right in the middle of the concrete sidewalk. 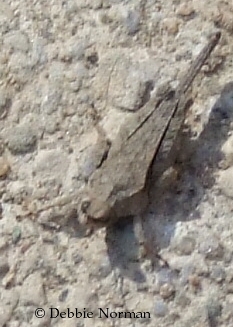 If someone knows the specific name of this species or type of spider, feel free to tell me in the comments!  Thanks! 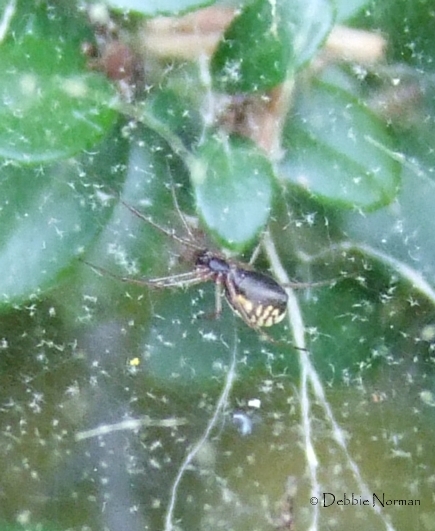 As is often the case, my mind is distracted by one thing while trying to focus on another.  Right now I’m thinking is the proper phrase “clover blooms” or “clover blossoms”.  I haven’t the foggiest idea.  So I went with Clover blooms, since that is how I would most likely say it out loud.  Which is why it is probably wrong.  LOL   If you know, leave me a comment.

Now back on topic,  I think clover is a good example of how we over look the everyday beauty in our lives.  Most people don’t pay any attention at all to clover.  Or they treat it as a yard weed.  Or maybe a child looks for a 4 leaf clover.  But how often do we stop and appreciate how pretty it is? 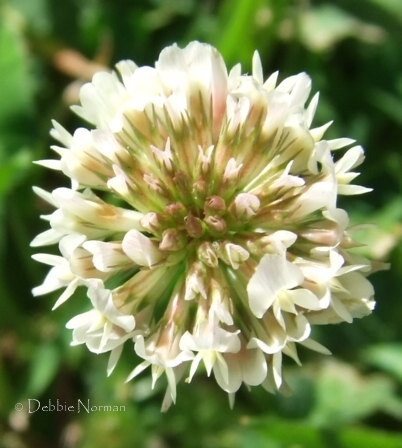 When I look at the tiny flowers within the flower, they remind me a bit of tiny little Irises.
The Iris is my favorite flower. 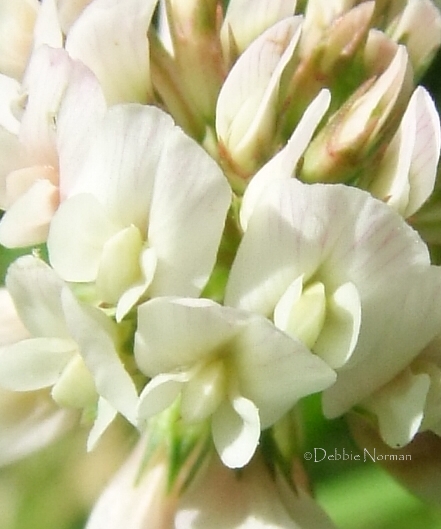 To avoid any possible confusion, please do not think that the “official” name of this type of spider is “woolly spider”.  It’s not.  Or it could be for all I know. LOL  That’s just what I call them, “woolly little jumping spiders”.

I am not fond of spiders, but ….  if I find one interesting while out with my camera, I will sometimes take it’s photo.  This little fella kept sitting on the side of our gutter, defying gravity, and hopping back and forth until finally I gave in and photographed him.  If you are squeamish like me in regards to spiders, I apologize in advance.

This little guy (or gal) was about the size of a dime.  Notice it’s creepy little spider shadow.  eeewww

I often like to photograph this Mimosa tree.  But I think it is beautiful even when it has no green or blooms.   The structure of the tree itself I think is really nice.  Unfortunately there is no good angle to photograph it as a whole, and not get the power lines in the photo.  Oh well… 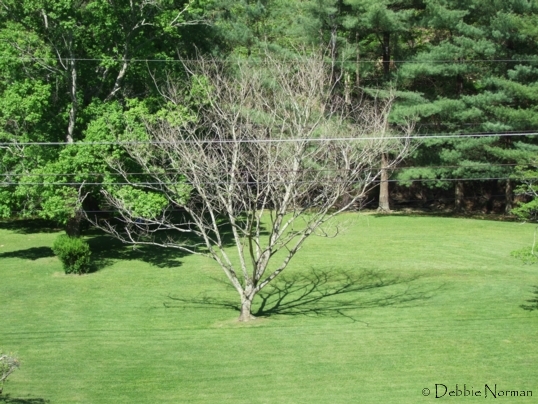